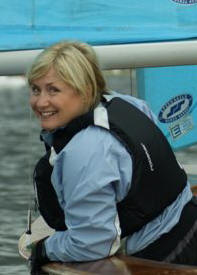 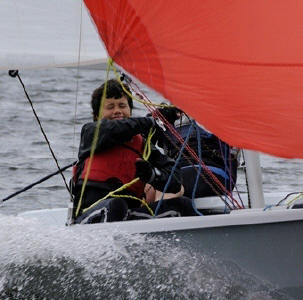 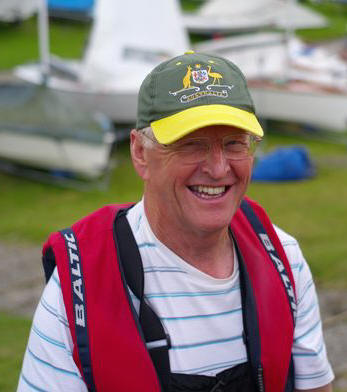 We have recently sent out an email to all those Bass Week entrants for which we recorded a valid email address but, unfortunately, some bounced back, so apologies but read on.

As in previous years, we would appreciate your views on the week so that the organising committee can take them into account for future years. Please complete our questionnaire at www.bassenthwaite-sc.org.uk/questionnaire and if you submit the 25th, 50th or 75th form you will get a £25 voucher towards next years regatta.

Congratulations to Michelle Brechin on winning our first £25 voucher towards next year’s regatta.

The final disco is over. The flagpole has been adorned with a multitude of artefacts. There was wind on the lake, and an extra race to squeeze in following Saturday’s postponement.

How many would be in the mood for a great sail to end the regatta?

There was a reasonable turnout for two races in what was probably the best winds of the regatta, and many enjoyed the various planing reaches.

With an untimely shower after racing affecting the taking down of tents and awnings, the final prize giving of the regatta was held in the club house (although the sun was out again by the time it was held!). Commodore Stephen Kirkpatrick thanked the numerous people, and their teams, that had helped deliver such a great week both on and off the water. Prizes were presented by Clive Blacklock, Customer Relations Manager, Lloyd Motor Group, the series sponsors.

In addition to the racing prizes, four special trophies are awarded for performance over the week.

So that is it until next year. Hope you enjoyed the week and we look forward to greeting and meeting you all again next year (5-13 August 2012) assuming you’re not going for 2nd best option at the Olympics!

The final weekend is here! The high winds forecast earlier in the week have deserted us, but there could be some coming in later on. With three races to get in today, can the OD afford to wait?

With less than an hour to the start, the wind died completely, then filled in again from the South (nothing like forecast) just in time to get the early 1030hrs start. The wind lasted well for the best part of an hour before disappearing only to come back about an hour later from the South again! A similar scenario occurred in race 2, lack of wind delaying the start, then filling in from the South again! Less than an hour later the wind was fading, and the course shortened, before turning into another nightmare drifter. The  massive raft of boats rounding the penultimate mark N was reminiscent of years gone by. Many positions were won and lost on that short final leg to the finish.

Although there was hopes of the 3rd race being held, the light winds were enough for the OD to opt to make good use of the forecast winds on Sunday, and postponed until the morning. Turned out to be a good decision as the rain has moved in!

Early finish for all before the final disco of the week.

The day has started dry and fairly bright with a westerly breeze. With a bit of luck it will hold and strengthen, but then again this week’s weather has been somewhat unpredictable. Fleet racing as usual this morning, then the ladies, junior and over 60s race this afternoon. No doubt they could get the best wind of the week so far! The wind did ease at times but there were many good sailing legs (if you could get clear air!)

Live entertainment kept the club alive into the early hours.

The day started with rain showers but at least there was some wind from early on. Hopefully it will freshen as the morning continues and there should be some great sailing (with no delays!).

How unkind was the wind? Minutes before the scheduled start the wind died and with no sign of picking up, a postponement was signalled a couple of minutes before the start. The OD went to check the wind up the lake, and like the Pied Piper opted to take the fleet to Scarness to start. It was a magnificent sight to see the flotilla of boats sail towards the line only to find they were being carried there on a NW breeze. So after a while it was time to move the start back into the bay with some promising winds. 80 mins after the original start racing was under way! But the wind gradually decreased yet again.

What will the afternoon bring? At least it should be dry and possibly sunny! 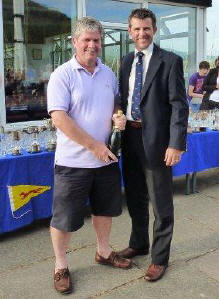 One of our longest standing members, William Carruthers joined the club with his parents in 1963. By 1968 he was regularly helping official starter Albert Bates, driving ‘Dorothy’ (the first committee boat), firing the starting cannons, and being flag man during Bass Week. This continued until he got his first GP in 1974.

A notable point as commodore, apart from not having a vice commodore for 18 months(!), was negotiating with the National Park who challenged the validity of our long standing lease for the club. The outcome was a 25 year licence from 2000. Having spent many years resisting major expenditure, he successfully arranged for the replacement kitchen in stainless steel – still looking as sturdy as the day it was installed in 1998!

After completing three years as rear commodore, he again took on the role of treasurer until 2008, not that his involvement stopped there. Having set up the club’s website in 1998, he has continued to develop it including the addition of webcams, Dutyman, weather forecasts, and more recently Twitter feed.  His regular updates ensure people keep coming back to visit the site, especially during Bass Week and during open meetings, and this is shown by the total number of hits exceeding 190,000.

As if this wasn’t enough, he wrote and developed a results program that has been used for about 25 years, and so has often been found helping with the results. He has been a regular OD, helped out on the bar, and at social events on numerous occasions. Oh and he sails too!

In recognition of his contribution, the Club has successfully nominated him for an RYA Community Award (Lifetime Commitment) and he has been invited to an award ceremony at RYA in London later in the year.

William was presented with a celebratory bottle of champagne by Commodore Stephen Kirkpatrick during Bass Week.

Thank you for the recognition!

A wet night for campers, and it seems likely to continue through the morning. The winds were forecast to be light again, but wind would be on its way in a few days (unless the forecast changes again).

After the rain showers passed through, the air cleared and the wind covered the lake, though it did fade a little as the fleets headed for the start. However, on the first start the wind picked up slightly and freshened throughout the race resulting in some great sailing.

The afternoon race was a pursuit race, again sailed in some great conditions, though with over 100 boats racing some of the marks were busy and somewhat cosy!

After racing the clouds cleared and turned into a beautiful evening for barbeques, then it was off to watch some films.

The day started with very light airs, overcast and drizzly (you can never rely on the forecast for sunshine!), but with racing just scheduled for the afternoon, there was plenty of time for the wind to settle and the forecast to come true. A light wind did fill in from the SW to help get racing away on time, and the OD opted to keep racing in the bay.

Within 45mins of the start the wind had started to fade due to a competing NE breeze, and the OD opted to shorten the race after two laps for the leading fast handicap boats after an hour, and the race then turned into a drifter taking some boats another 2 hours to finish!

A glorious morning with loads of sunshine but little wind led to a delay in the start of racing for the regatta week, but racing did start approx an hour late with what seemed like a sea breeze.

The wind did not settle though, and there were holes that caused some frustrations. Even when the course was shortened the wind remained fickle and some boats took over two hours to finish. With time passing, and the wind remaining light, the OD opted to postpone racing until tomorrow morning in the hope that the forecast wind appears.

Great turnout for the first day with 151 boats racing.

This evening there is a Commodore’s reception followed by a disco. Andrea, the very sociable social secretary, was suffering a little after getting too much into the Bass Week spirit last night. No doubt there will be others with the same challenge to overcome in the morning.

Have your tweet displayed on the scrolling display, just use #bassweek11 and help get us trending!

This year’s preparations are complete. The grounds have been filling up all day with members and visitors eager to get into the Bass Week spirit. The weather has been great and it’s forecast to continue well into next week, but will the wind be kept at bay? Perhaps we can rely on an afternoon sea breeze to keep the programme rolling.

Bass Week regatta is a hugely successful dinghy racing week and the club receives a very high demand for both racing and camping. In recent years the event has run at capacity and, as such, we have to adopt an approach that gives priority for onsite facilities to those competing in the racing for the whole event.