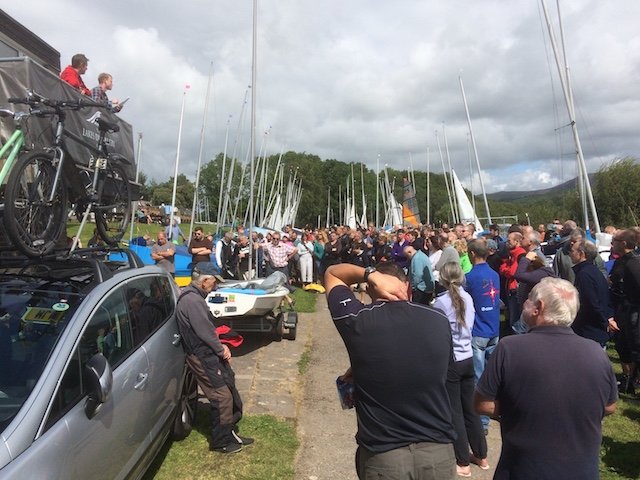 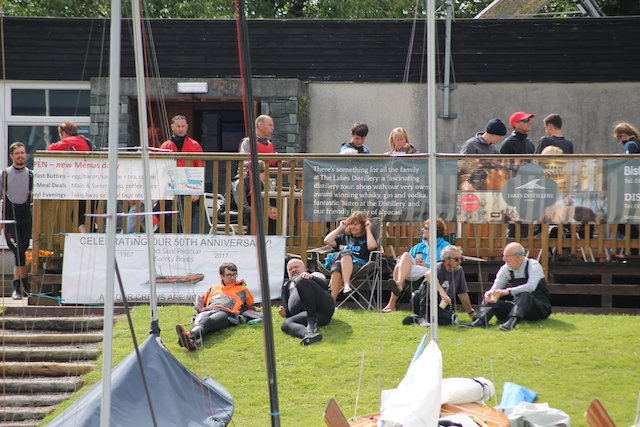 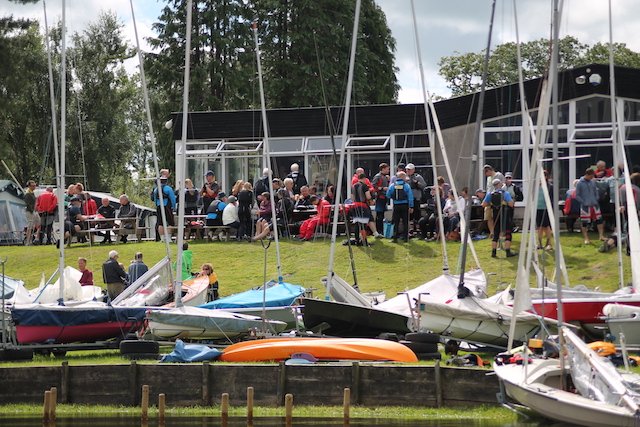 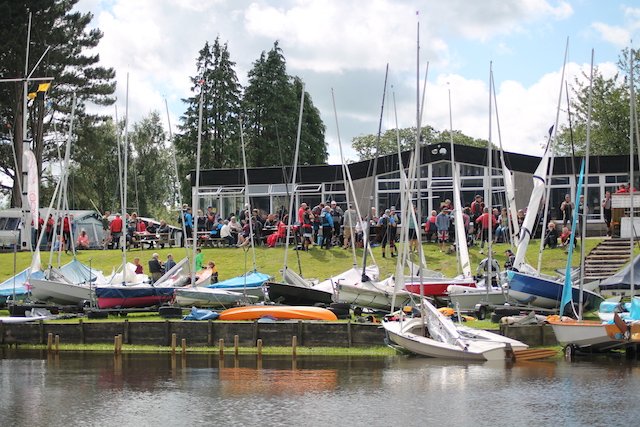 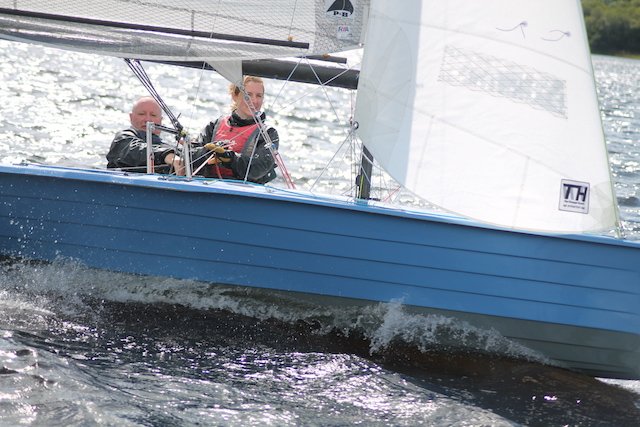 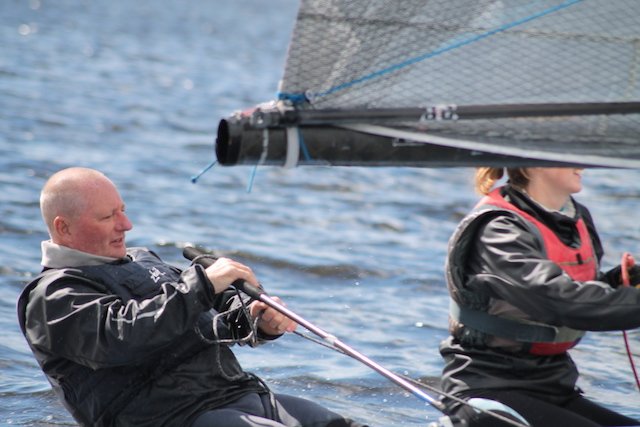 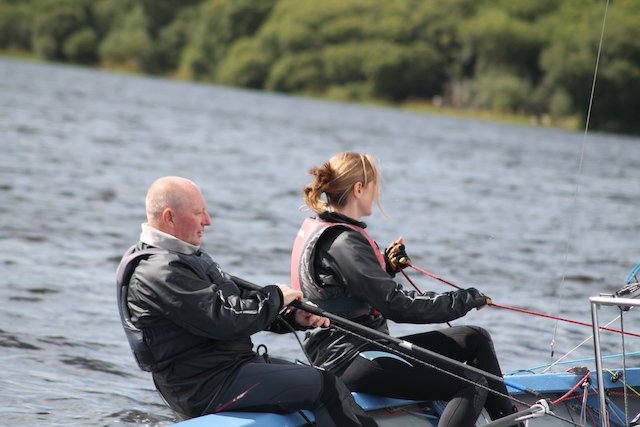 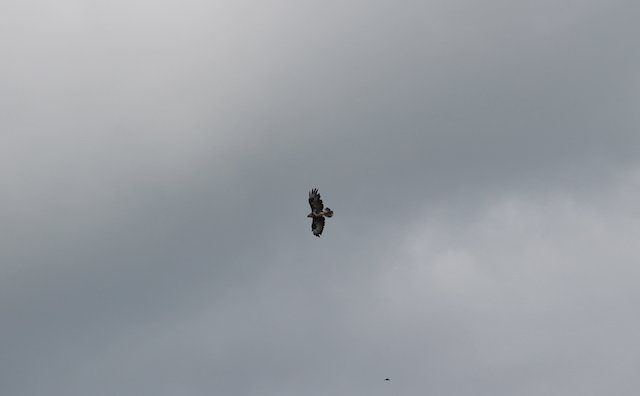 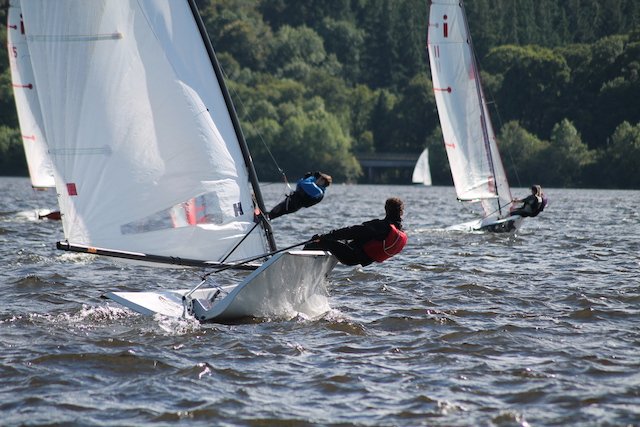 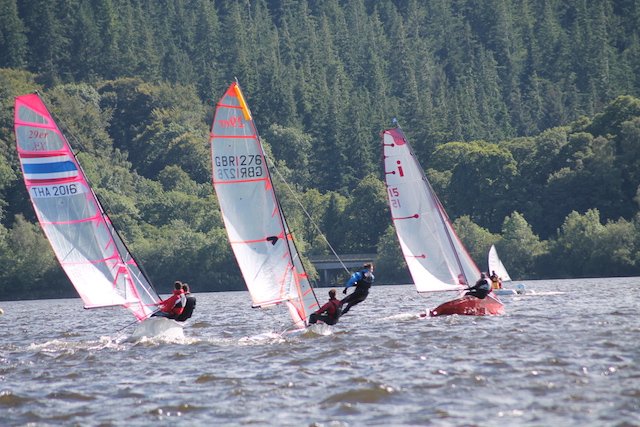 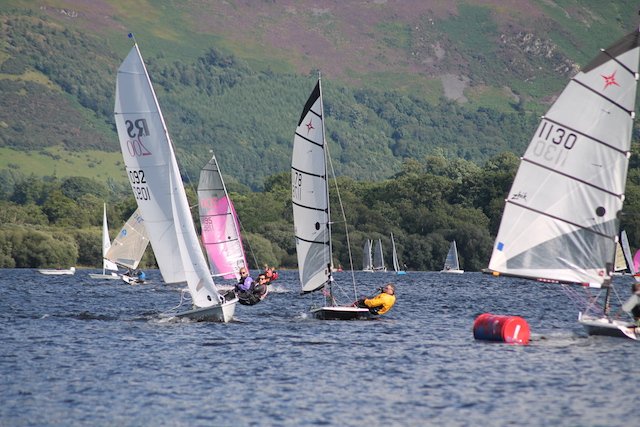 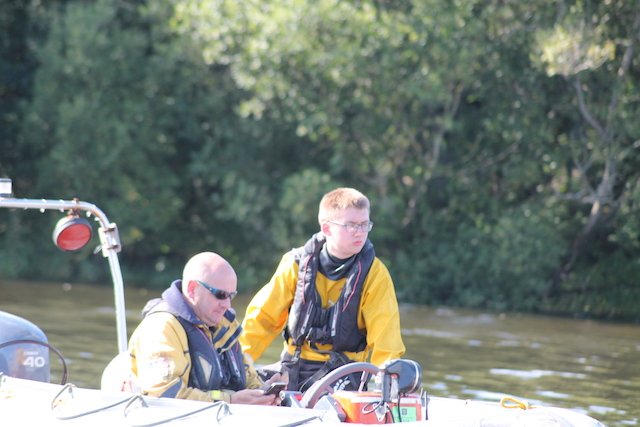 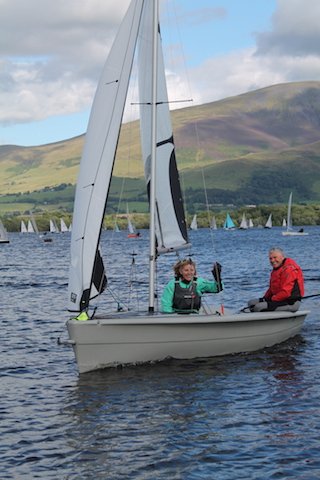 With many people arriving on Friday and setting up camp, they were able to enjoy a leisurely start today and be ready for the afternoon racing, or so you would think. Rear commodore Mark Somerville and Sailing Sec Joe Roberts were sailing in a RS400 for which an additional start had been created. So starting first with clear winds would be ideal apart from the fact that, as the starting signal was sounded, Mark hiked out, and kept on going, only holding on to his tiller extension, as his toe straps had given way! The tiller extension gave way very quickly after. So after hauling himself back into the boat, he made some running repairs up the beat, and were pleased to note that some of the leading boats had missed out a mark, putting them in the lead! Top that sequence of events if you can.

Despite a brief attempt at raining, the weather was dry and the winds were, well, Bass – great breeze, somewhat blustery, and very shifty. There were a few capsizes, and numerous retirements, but generally great racing. Only two general recalls, to date, by the Solos and the Flying 15s.

A barbeque by the caterers may have seemed optimistic earlier in the day, but the weather stayed dry, and it will be followed by the Commodore’s reception.