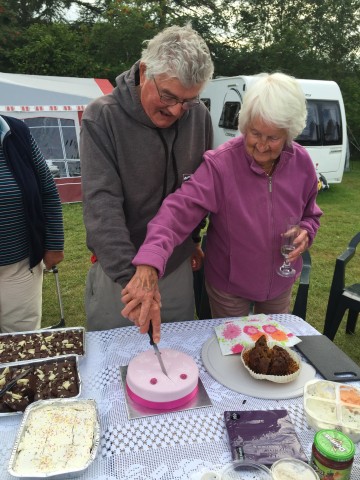 Sunshine and a decent wind forecast – what more could anyone ask for? The reward at the end of this weekend’s series is a goodly supply of The ONE whisky…

With three races to get in, the winds were kind in strength, but did swing from time to time, much to the OD’s frustration. Perhaps the sun went to some sailors’ heads, as there were various protests throughout the day.

A sunny, but cooler evening, a barbecue by the caterers, and the final fling disco.

Official starter Herb, and wife Aileen, celebrated their diamond wedding anniversary, which was commemorated with a card from Her Majesty