The final day is upon us. The flagpole has been adorned with a selection of peculiar objects, but failed to get the thumbs up from the renowned perpetrator from years gone by.

The rain held off so that tents and awnings could be taken down dry, and a moderate breeze held for the final race of the series and regatta, though the fleets were somewhat depleted, perhaps after a long celebratory final evening…

There was an impressive final array of prizes from our main sponsor The Lakes Distillery, and they were presented by the Commodore’s wife, Kirstie Somerville. 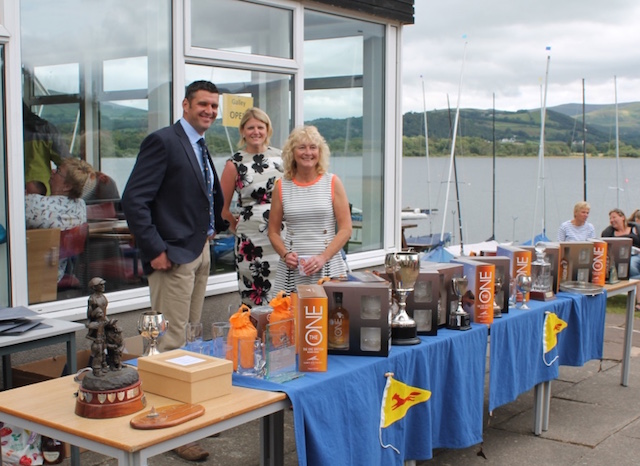 In addition to the series prizes, there are various special awards for overall performances through the week. 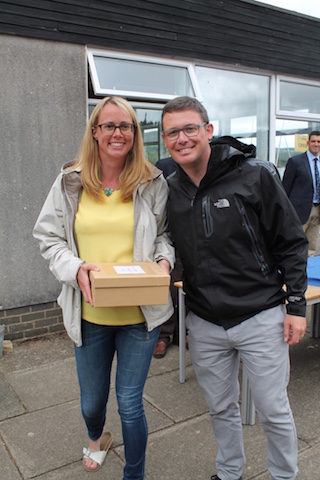 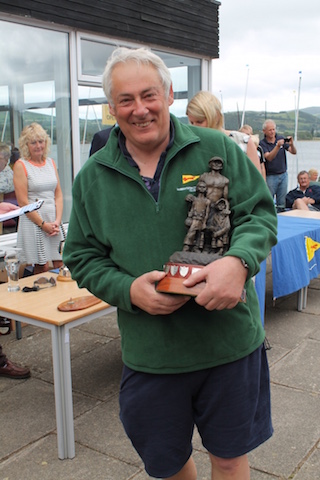 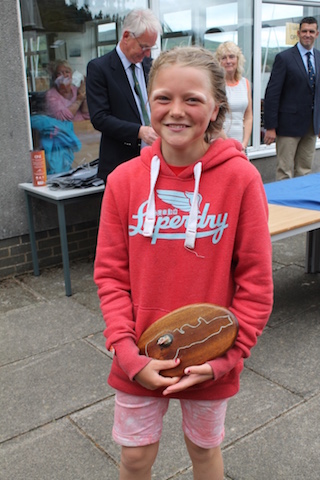 Maddy White received the Endeavour Trophy for her crewing efforts throughout the week. 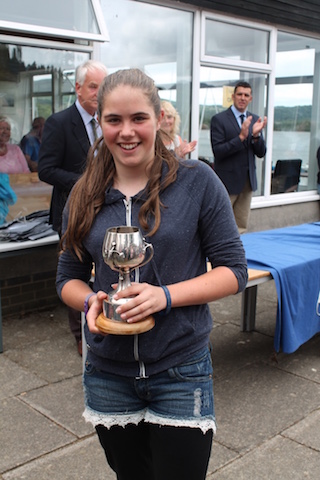 … and finally that shy, retiring visitor Nigel O’Donnell gave a tear jerking vote of thanks to the Club for delivering another fantastic regatta, something that we should ‘all be proud of’ 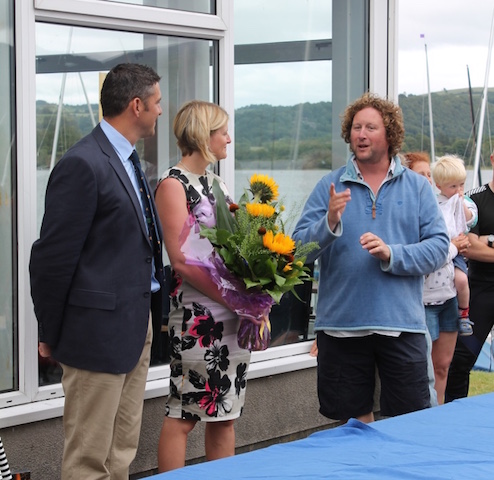 More memories of the week can be found on the photographer’s website www.benunwinphotography.co.uk/Bass-Week-2015 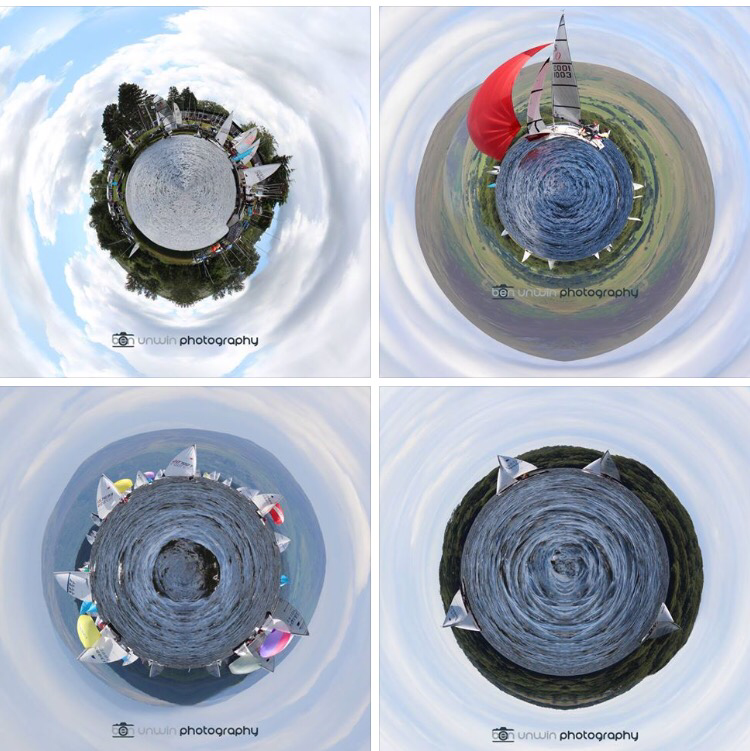