The end is nigh. The party(ing) almost over. What decorations adorned the flag pole?

Would the wind beat the forecast for a final race? Unfortunately it did not fill in sufficiently to convince the OD it was suitable to get the final race underway, so racing was cancelled. 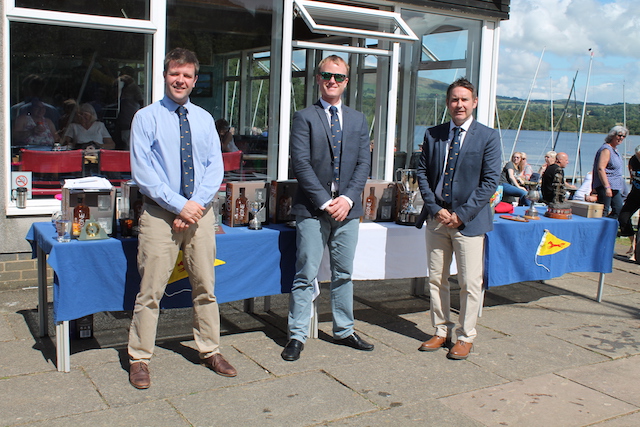 At the final prize giving of the week, sponsored by The Lakes Distillery, the Commodore thanked the numerous people who had made the event happen under Naomi’s co-ordination.

In addition to the series prizes, there were four special awards

Nigel O’Donnell, from Swarkestone, gave a vote of thanks to the club for all our efforts delivering another extra special event.

If you want to have some keepsake memories of the week, warts and all, go to the photo gallery at bass2017.smugmug.com