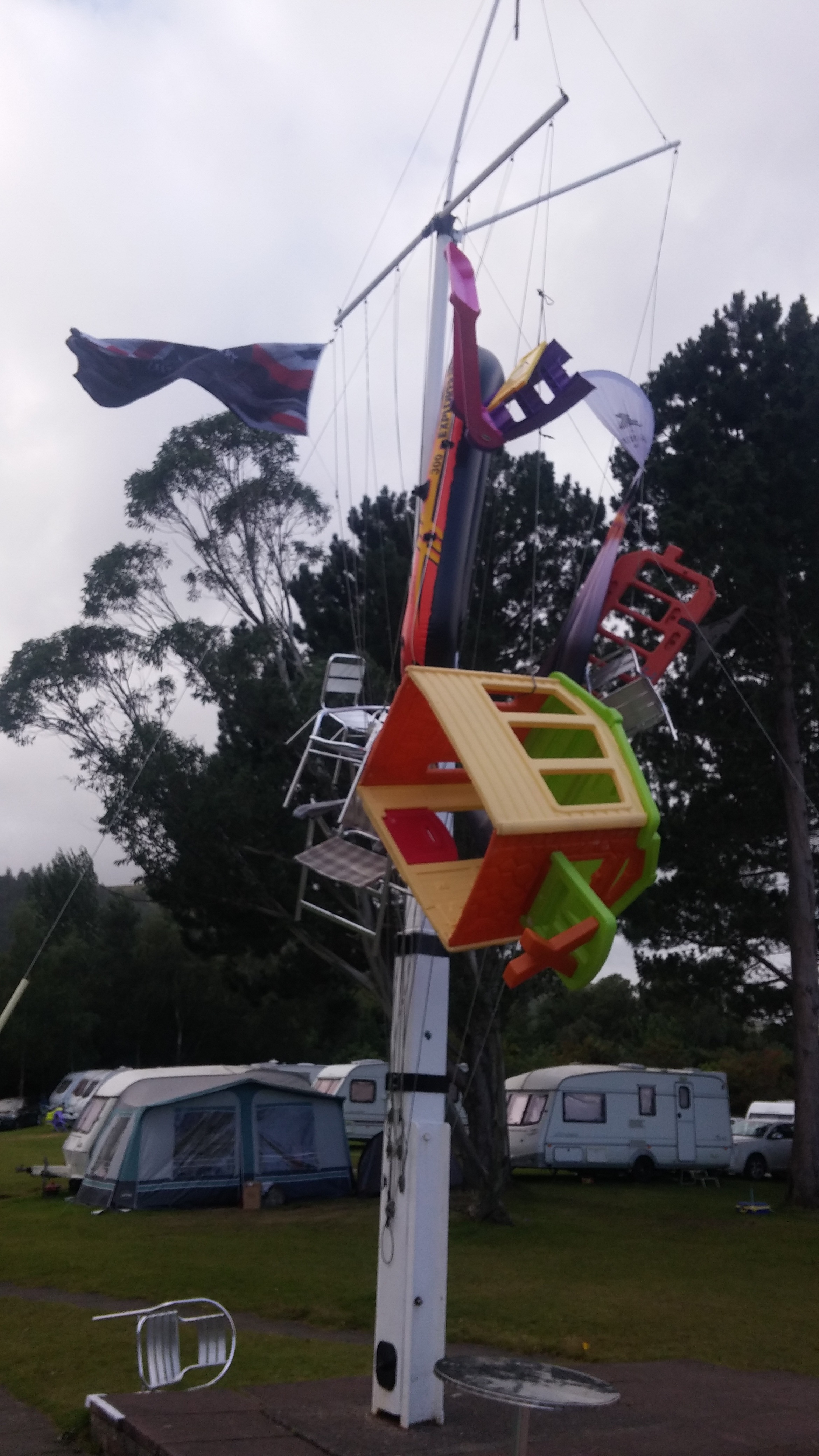 The final fling has been flung, and the final day is upon us. Would the weather be kind and allow the winds to ease to let us have the one more race? Time would reveal all very soon.

Through the wind was freshening again, when the OD set the start line, the base wind strength was no more than Saturday afternoon, though there were strong gusts passing through which seemed to last longer and longer.

Various fleets had believed the forecast and packed away their boats, so the number of boats sailing was well down, but those that did race had to work had to cope with the gusts and backers on the beat, and enjoyed some more spectacularly breathtaking reaches.

In the Enterprises, Mark Ninnim did his best to lead Roystan Taggart astray by rounding the wrong mark, though if Roystan had kept his head (and not tried to knock crew Steve’s off on the first tack!) he could have taken advantage of the situation to win the series. 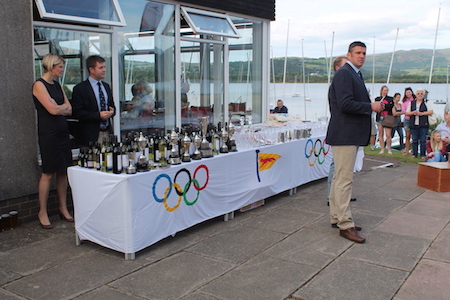 At the final prize giving of the week, Commodore Mark Somerville thanked all involved in the preparation, running and participation during the week for making such a great event worthwhile. His wife Kirstie presented the prizes, and Nigel O’Donnell thanked the club on behalf of the visitors for all the efforts in delivering the regatta.